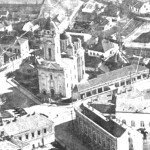 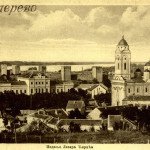 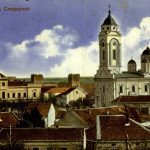 The area of the city of Smederevo and its immediate hinterland encompass the north-easternmost section of the hilly terrain of Šumadija. It is characterized by slightly wavy slopes and plateaus intersected by smaller watercourses and there is the Danube and Pannonian plain in the north and the Velika Morava valley with its branch Jezava in the east. Natural characteristics of the area had impact on development of main communication routes, which follow the courses of these two big rivers, while meeting of roads along the Danube and Velika Morava had decisive strategic importance and also influenced population migrations and historical circumstances. Natural center of this meeting place is the area where Smederevo fortress had been built in the beginning of the 15th century.

Nature was generous to this area abounding in water, fertile soil and in the past also in woodlands and that attracted people to come and settle permanently here from the time immemorial. In peaceful times numerous advantages became apparent but on the other hand they provoked troubles in the tumultuous periods of wars.

By its very nature gentle and pleasant Smederevo regions embody also numerous ambiguities personified in the mighty Danube and gentle but unpredictable Morava, Smederevo hills facing the immense plain, north wind and košava and finally the roads open to all four sides of the world. Probably that is how appear the dilemmas and confrontations between two thousand years old grapes and hundred years old iron, mildly sour Smederevka and ferocious Smederevac, fruit growers and farmers, citizens and peasants and mostly between old and new immigrants.

From the beginning it was sufficient that one generation born on this soil leaves descendants in the same area and opposites resulted in new quality instead in sterile conflicts creating and recognizing distinct cultural heritage represented not only in the Smederevo fortress but also in the summer house of  the Obrenović family, old industrial installations of SARTID, monumental church of St. George  from 1854 and medieval church of the Dormition of the Most Holy Mother of God, valuable public and residential buildings from the period when Turkish small town was transformed into modern commercial city between two World Wars,  as well as the distinct  structures in the spirit of Moderna and autochthonous  national style from the period of restoration of the city after great explosion in the Second World War.